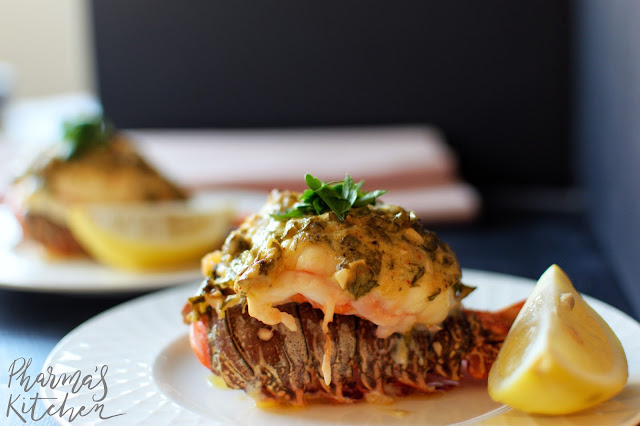 This entirely month, I have been debating what I should post here as the first post for 2018. So let's start with a recipe of something Jo and I love dearly, shellfish. I think it is pretty obvious that Jo and I are very into seafood. Shellfish particularly; we absolutely love it.

That is why, I could not pass on trying out lobster tails when I see them on offer. It's not very huge, but just the right size for a simple dinner to wrap up 2017.

The thing about shellfishes, especially like prawns and lobster, they are already very flavourful on its own, we do not need to do much to it. So here is a simple recipe for our beloved oven-baked lobster tail.

1. Mix the Dijon mustard, garlic, parsley, extra virgin olive oil and lemon juice in a small bowl or a large glass.
2. Add in the tiny pinch of chilli flakes just for a bit of heat. After mixing, season it lightly with salt and pepper. 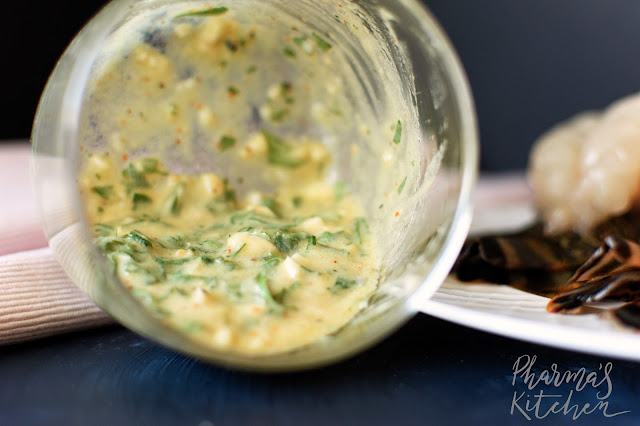 There are many ways to cut a lobster, but for lobster tails, especially when it is not too big, we think is best to butterfly them. We did it mainly to have the marinade cover the lobster tail completely and to prevent them from overcooking in the oven; especially when its small, which also means they cook faster. And of course, butterflied lobster tails just look much better don't you all think? Haha. Here's how to do it: 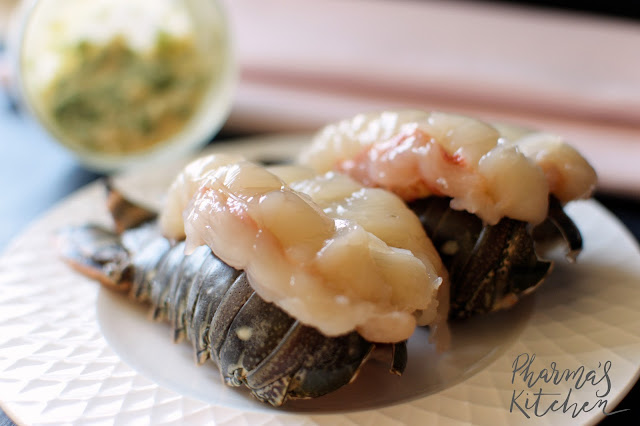 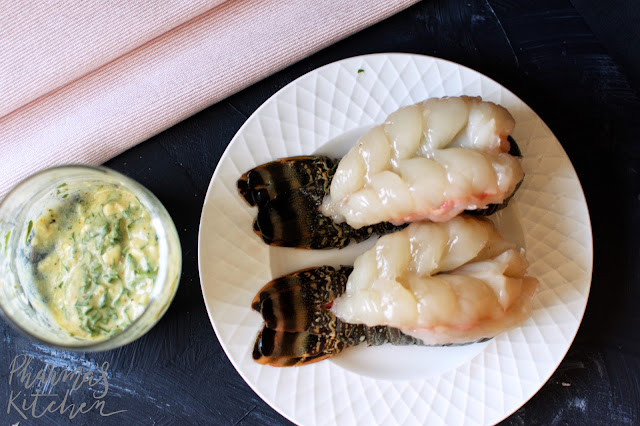 6. Brush the marinade/"dressing" prepared earlier on the lobster tails. 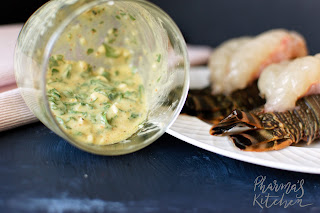 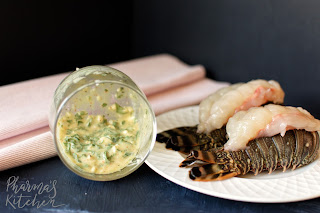 7. Place the cut one cut of butter on each of the lobster tail. 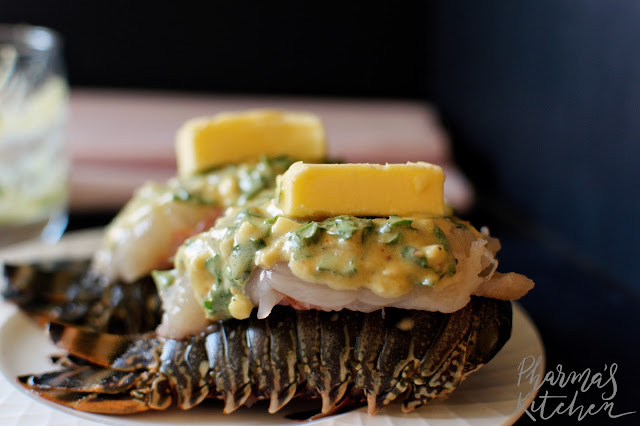 8. Bake the lobster tails in a pre-heated oven at 2200C for 10-15 mins, or until the butter has completely melted and the shells turned orange/borderline brown.
9. Garnish the lobster tails with a sprinkle of finely chopped parsley and serve it with a small wedge of lemon.

There you have it guys, simple and quick preparation for this wonderful shellfish. It is perfect when served with a side salad. We are definitely making this again when the lobster tails go on offer again. Do try this recipe and let us know what you think. :)