Gnocchi is essentially a dough dumpling and a staple in Italian cuisine. Gnocchi is made with a variety of base ingredients; for example semolina, flour, cornmeal, different vegetables and the classic potato.

As with many dishes, many regions lay claim to where gnocchi originated from. However, it is often associated with the northern region of Italy where the classic potato gnocchi is from. This was because potatoes were easier to grow than grain because of the colder climate of that region. The word "Gnocchi" is thought to originated from the word nocca which literally means knuckle or the Lompard/German word knohha which means a knot in wood. All which portraits something tight and small like the gnocchi we all know and love today.

Surprisingly, the potato gnocchi is a relative new innovation dating only back to the 16th Century as opposed to the other form of gnocchi, recorded served at banquets and important functions around the Renaissance period (or probably earlier).

Today, I will share my attempt on the potato gnocchi. Here we go:

First clean the potatoes and in a large pot, fill it with water and steam the potatoes until soft (about 20-25 minutes). Remove the potatoes from the steamer and let them cool. Peel the skin on each potato and pat dry with a kitchen towel. 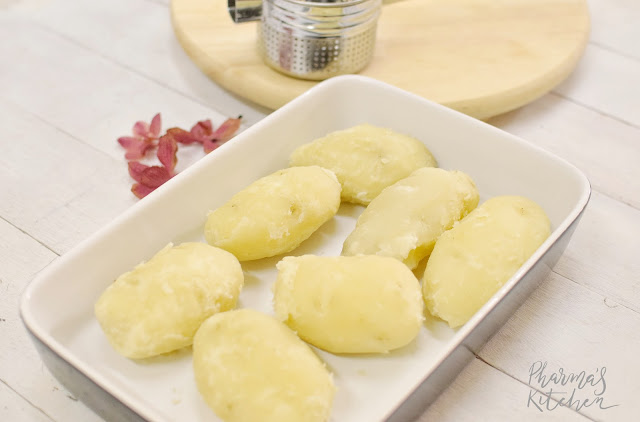 Put each potato through a potato riser to mash them. 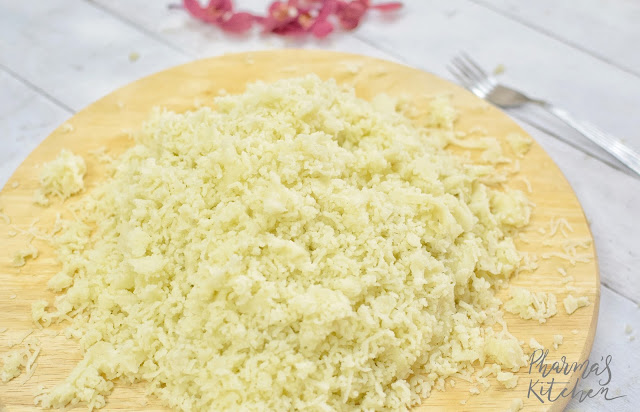 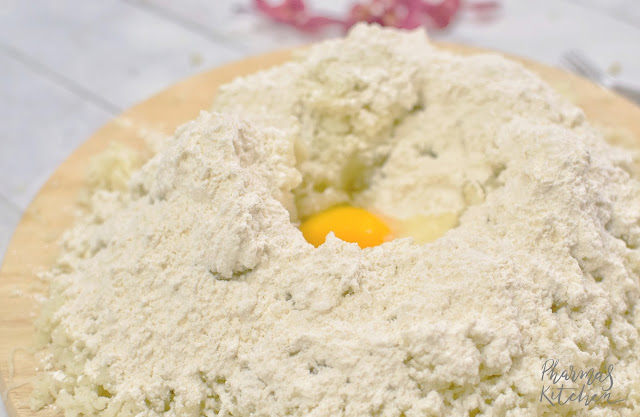 Using a fork, slowly incorporate the egg, potatoes and flour. Continue until you form a large dough. Knead them lightly. 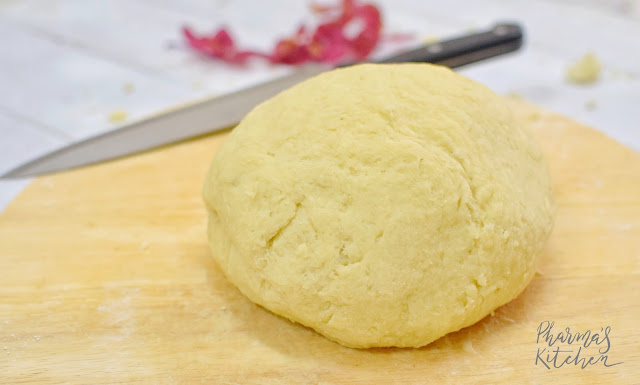 Cut them into smaller pieces of dough and roll them into rolls of dough (roughly 3/4 inch thick) and flour when needed. Take each roll of doll and cut them further to "pillow-like" dough bites (slightly less than an inch long).

When you come to this stage, feel free to shape them however you like them, with a fork or just creating a pit in the middle of the bite size dough with your fingers. It's entirely up to you.

Always remember to flour sufficiently. If you are making a large batch for future meals, I would recommend that you first cook the gnocchi first and store them in the freezer. When it's time to cook them later, just remove from freezer and allow to thaw/defrost a while before cooking them in your desired sauce. 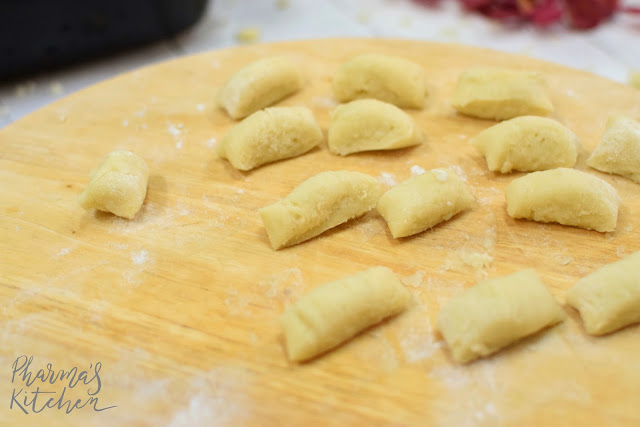 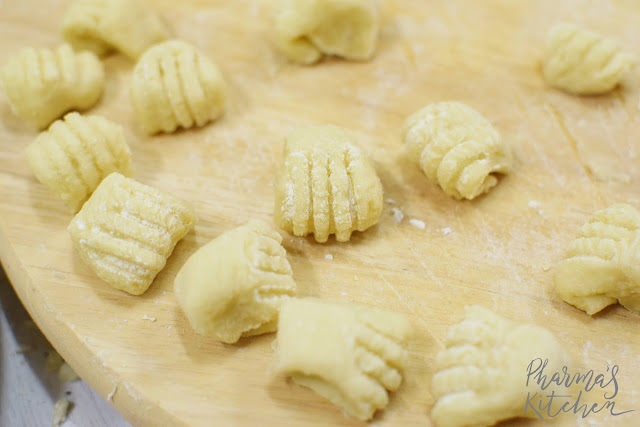 Try this gnocchi recipe out and let me know if you liked it. We made Butter and Sage Gnocchi with this lovelies, recipe will be up soon. Do also share with us your favourite gnocchi recipe or how you do you like them served.