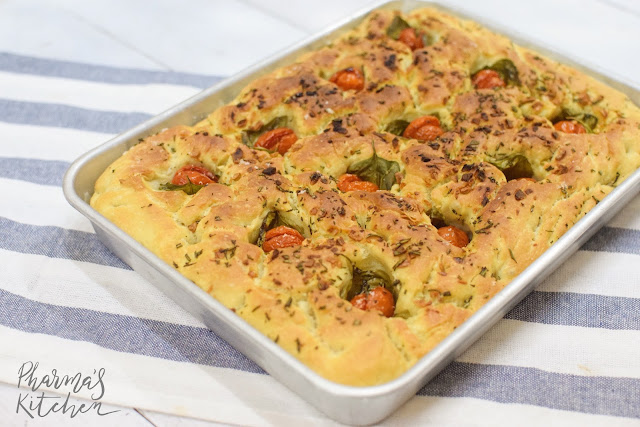 Bread. A mix of flour, water and yeast, has become a staple in many parts of the world. Bread making has made its way throughout history, changing with times, revolutionizing the very basics of bread making.

As with other bread, focaccia has been adapted with the addition of different ingredients due to its versatile recipe. One of our favourite is the recipe by Gennaro Contaldo, a focaccia with basil and cherry tomatoes. It is just amazing.

Measure out 500g of strong flour and place into a large bowl. Sprinkle in a bit of salt and mix well. Add into the flour also a couple of tablespoons of extra virgin oil. In a separate bowl, activate 2 tablespoons of dried yeast by adding about one and a half cups of water and mix well.

Once the yeast is well mixed into the water, mix the yeast slowly into the flour mixture. Once it forms a wet dough, knead the dough lightly (fold it a few times) and leave to rise for 30 minutes. This is important to ensure that the gluten in the flour is well stretched and able to trap the air later. Meanwhile, line a baking tray with parchment paper. Mix the finely chopped garlic with some extra virgin olive oil and set them aside.

After 30 minutes, the dough would have swell to about 1.5 times its original size. The dough would also feel rather stretchy Remove from the bowl and rest the dough on the baking tray. While resting for a few minutes, massage some garlic infused extra virgin olive oil that you have prepared earlier on the dough. 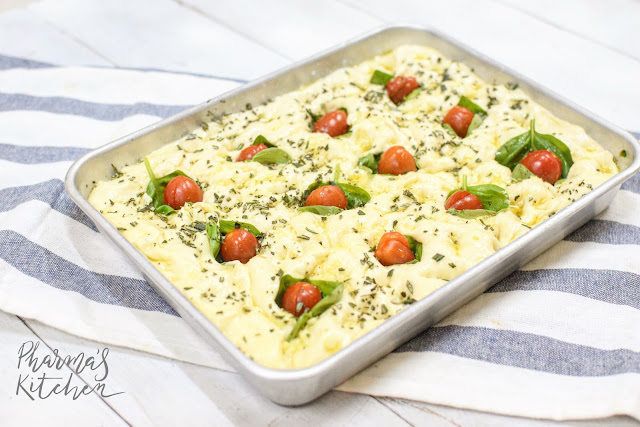 Joanna and I enjoy our focaccia by dipping them into a mix of olive oil, a pinch of black pepper and balsamic vinegar. But, it is so good, it's amazing on its own.

Do try it and tell us what you think. Enjoy. 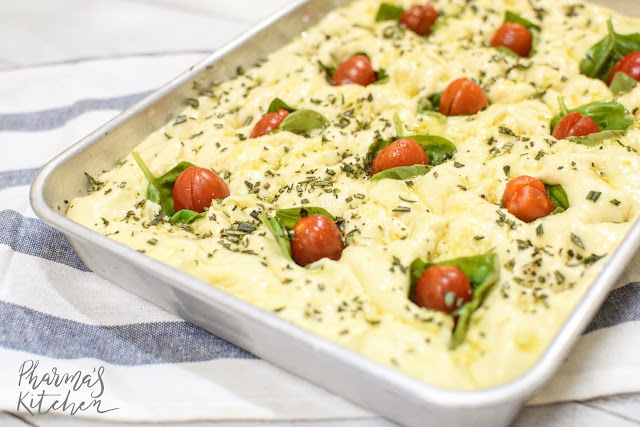 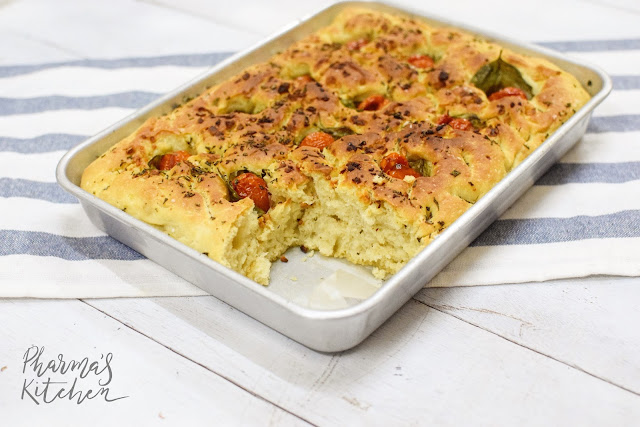 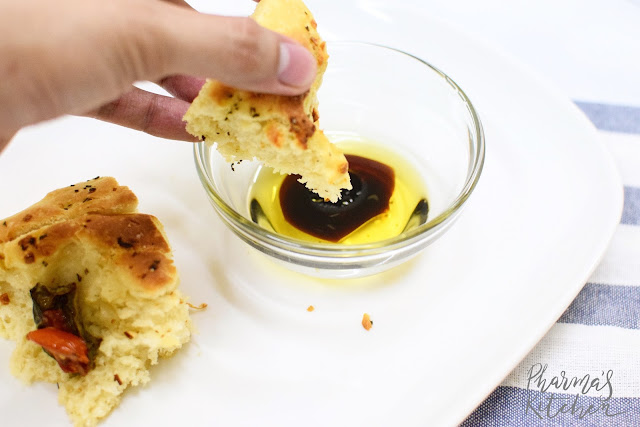